Masaya is a small village in Nicaragua famous for two things: the market and the volcano. We worked – work exchange –  almost three weeks in a Hostel called De Boca en Boca in Granada (very nice hostel with awesome staff!) but, unfortunately, the Masaya Volcano National Park was closed! Why? The crater is so active that it emits a huge amount of sulfur dioxide gas that is dangerous for our wealth even if we go there for 5 minutos just to look – they say.

But, and because we are in Central America, everybody goes there anyway! And you ask how? You just need to pay a little bit more, bride some guards, and go anyway… I even think that they use the closure of the volcano almost as a business, because instead of paying just 3 dollars to enter the park, tourists had to pay at least 35 $ – 15$ for the guard, 10$ for the guide and 10$ for the driver. Imagine how much money would they make with 30/50 tourists going there everyday? But, who am I to judge.

Much funnier than this, is that they made this experience seems like an outlaw adventure… How? They would only take tourists at night, in one van, saying that it was really dangerous, they could not be seen or eared, they whould stop in the middle of nowhere, turn of the lights off the van, and hide in the middle of the bushes! After some minutes, another van would come, with the lights off, and take the tourists to the top of the crater to see the lava! All this happening with the consent of the authority, the park guards, that knew that the tourists were there and were making a huge amount of money!! So nothing dangerous about this, ahahah

Because we are budget travelers we didn’t want so spend that much amount of money in something that, we knew, was a trap to extort money from tourists (and we didn’t have this much amount of money actually). But because we are the luckiest in the world, one day before leaving Granada, the Park open!! Conclusion? We took a bus to Managua (one dollar or so), asked to be dropped in the entrance of the park, payed 3 $ to enter, asked to leave our bags with the guards, hitchhike to the crater and back (if you want you can pay 3 $ more and the guards can take you there) and saw one of the most incredible things ever! The felling of looking at that amount of lave so close is indescribable,  the vivid orange color, the smell of sulfur, like something is rotten, the heat on your face and the sound, wow!… the sound! It sounded like waves… of lava! Its like looking at the belly of the earth, that is alive!!

As a title of curiosity, the indigenous tribes use to offer sacrifices to the volcano (of course, right?) and the first priest that got here thought that this was the entrance of Hell, so that’s why there is a Catholic Cross on the top. 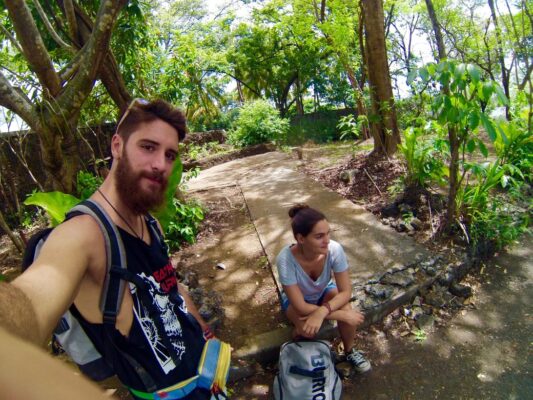 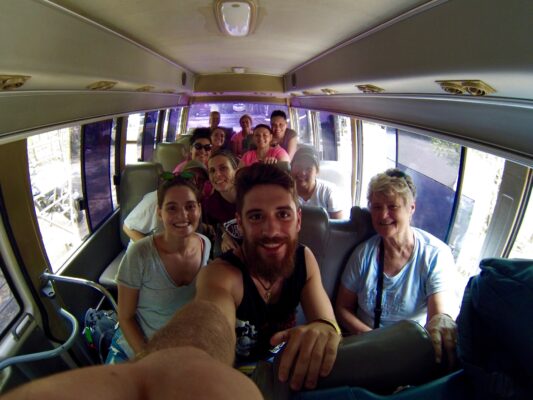 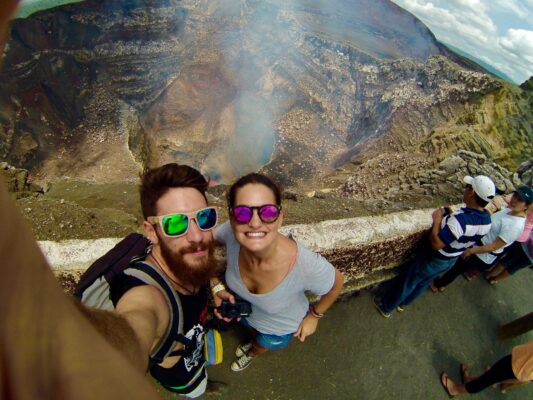 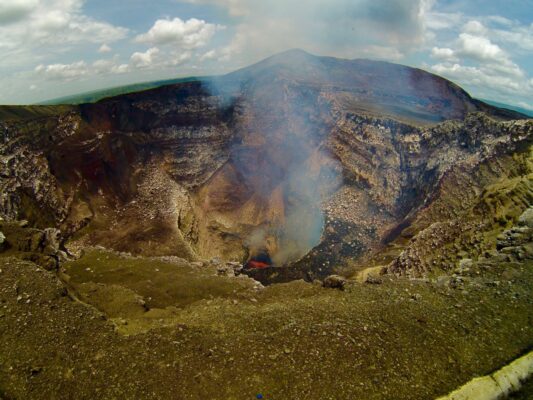 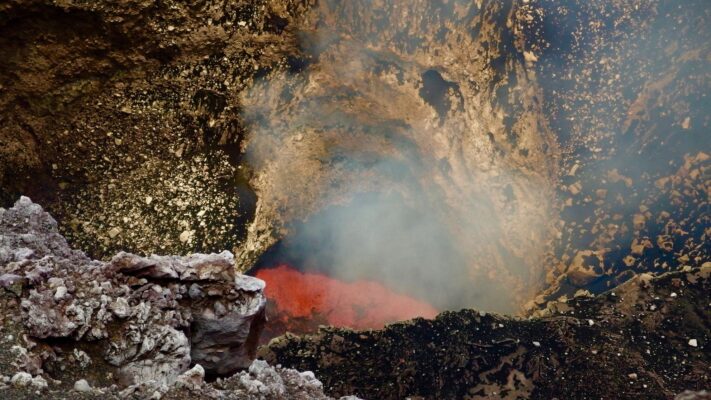